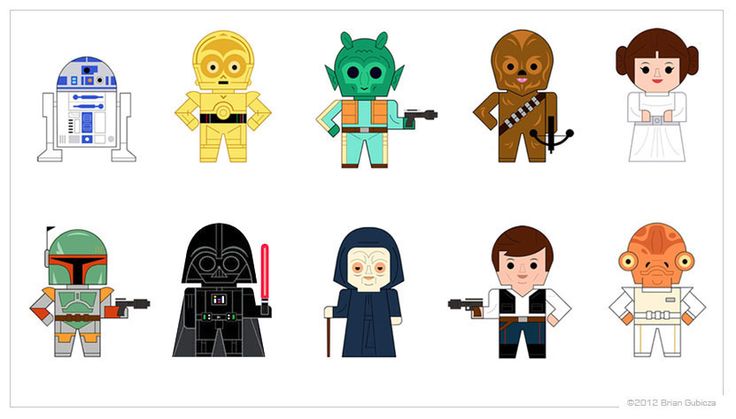 As the premiere of the new Star Wars movie approaches, let’s take a closer look at the heroes and villains that have shaped our sci-fi universe over the past four decades…

Behind the adventures, battles and exploits of the big screen lies the hidden reality of each character.  These icons have overcome their disabilities, demons and afflictions to deliver a universal lesson in strength and courage.

The galaxy’s most loveable rogue, Han made his way through life cheating and gambling because he could never quite fit in.  He didn’t do well at school and kids would taunt him for being ‘dumb’.  As a matter of fact he actually had dyslexia and a mild learning disability.  As a result of being socially excluded he developed tendencies for anger and aggression and ended up in behavioural therapy.  He buried himself in what he loved and excelled at: flying spaceships.  He demonstrated his true mastermind when he piloted the Millennium Falcon during numerous battles to save the galaxy.  A true superhero!

Best known for his hairy hide and guttural groans, this wookiee has only ever had one friend.  It is due to a rare genetic condition that Chewy suffers from apraxia of speech.  He has never been able to overcome his oral-motor problems despite years of speech and language therapy.  His loud noises and inappropriate grunts mean he is often prejudged and he shies away from public places.  He is also prone to vociferous outbursts and random gesticulations, which further isolates him from his peers.  Underneath his gangly and unkempt outer skin he is a moderate and mellow creature, who will put himself in harm’s way to defend others without a second thought.  A gentle giant.

This vertically challenged Jedi knight has lived through centuries of galactic battles.  He has won feuds and duals against the most malevolent of dark side villains, despite his disabilities.  He is the wisest and most judicious character of them all, but his health is further deteriorating.  He has rheumatoid arthritis and a chronic case of alopecia.  He has ongoing battles with the authorities over access to walking aids, and is on the waiting list for cataract surgery.  He is best known for the phrase ‘Do.  Or do not.  There is no try’: A mantra that we should all keep close to our hearts, and empower our children with every day.

Quiet and submissive as a child, Luke grew up with foster parents and had self-esteem issues.  His tendencies to explore the finest intricacies of the universe and his perpetual quest for precision led doctors to diagnose him with high-functioning autism.  He has trouble forming relationships and is a solitary fellow.  It was wholly down to his ASD traits that he was able to perfect his swordsmanship and pass the Jedi trials.  He proceeded to defeat a Sith lord and become the most powerful Jedi of all time.    When they finally came face-to-face after many years, it was his biological father who said ‘The force is strong with this one’, and how right he was.

This dark destroyer has a host of orthotic aids due to a misadventure involving fire and a lightsaber.  He commissioned his prosthetic face to cover his unsightly facial disfigurement, for which he endured relentless social quarantine.  He is characterised by his electronic voice which is controlled by a micro-switch in his larynx.  He is best known for saying ‘I find your lack of faith disturbing’ and despite all of his desperately evil traits, he delivers a noteworthy lesson in conviction, dedication and self-belief.

This fat fellow’s Body Mass Index is off-the-scale but it is little known that he has a hereditary hormonal deficiency and has been under an endocrinologist all of his life.  He has physical and emotional scars due to his appearance.  Co-morbidities include cardiovascular disease and diabetes.  He takes a concoction of prescription drugs every day to stay alive.  Due to a pulmonary embolism last year he had to give up his gangster lifestyle.  But Jabba has never let his physical impediments get in the way of achieving his vision to lead the universe’s largest cartel of bounty hunters.  Despite his criminal tendencies, Jabba delivers an inspiring message to follow your dreams in spite of what life throws at you.